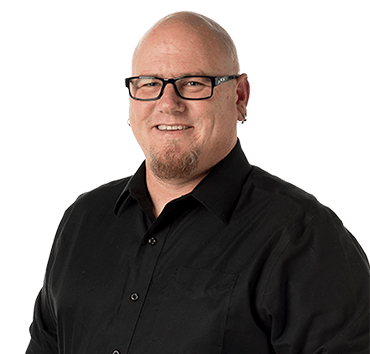 204.807.4663
ca.lagasse@outlook.com
By signing up you consent to receive electronic messages from Manitoba PC Caucus

Bob (Robert) Lagassé was elected in his home community by the residents of Dawson Trail on April 19, 2016. Bob grew up in a Metis/bilingual home and was the oldest of four children. His mother, Diane, worked for many years at the local credit union, while his father, Louis, owned a small painting and decorating company. A resident of Landmark, Bob and his wife of 19 years, Andrea, together raise their five children. His family is very active throughout the community through projects and sports. Until deciding to represent Dawson Trail and Manitoba as a whole, he spent the past 17 years focusing his career working in social services and mentoring youth as a support worker. Bob is passionate about working towards better supports for both children and foster parents.

Bob Lagasse was elected to his first term as the MLA for Dawson Trail on April 19, 2016. He is the eldest of four siblings and was raised in a bilingual Metis home in St. Adolphe. The small town values of family, faith, and hard work were instilled in him by his parents at a young age.

Bob met his wife Andrea while working at Winkler Bible Camp as counsellors. They have been together 18 years and are the parents of 5 children, including two foster daughters. The Lagasse family are proud to make their home in Landmark, Manitoba.

Bob has worked in the social services sector for the past 16 years and currently runs a specialized foster home for a Child and Family Services agency. In addition to his work, Bob enjoys giving back to the community as a volunteer. He has been an active member of his Church, assisted in the construction of the Landmark softball dugout covers, and was the youngest-ever member of the St. Adolphe Volunteer Fire Department.

Bob is eager to serve the communities of Dawson Trail as part of a new Progressive Conservative government with a better plan for Manitoba families.